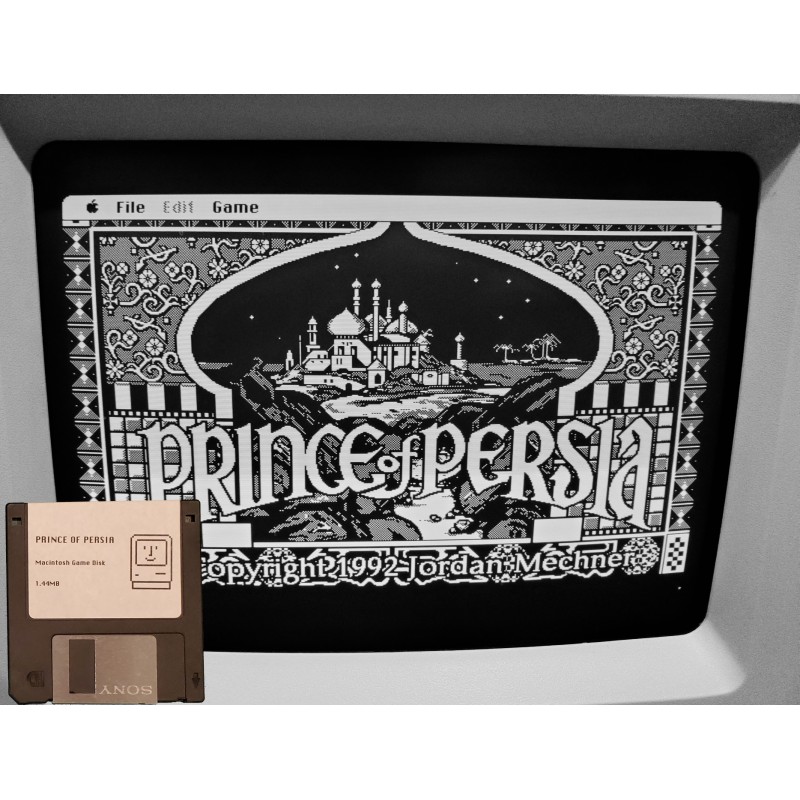 This game is 1.44mb formatted (will work in newer vintage Macs, such as the SE/30, Classic and LC).

Prince of Persia is a platform game, originally developed by Jordan Mechner in 1989 for the Apple II, that was widely seen as a great leap forward in the quality of animation seen in computer games. Mechner used a process called rotoscoping, in which he studied many hours of film of his younger brother David running and jumping in white clothes, to ensure that all the movements looked just right.

Also unusual was the method of combat: protagonist and enemies fought with swords, not projectile weapons, as was the case in most contemporary games. Mechner has said that when he started programming, the first ten minutes of Raiders of the Lost Ark had been one of the main inspirations for the character's acrobatic responses in a dangerous environment. 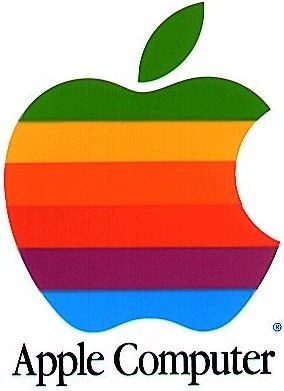